Menu
'A report worth celebrating!' So said the Lead Inspector during our recent inspection. To read the report in full, please go to Key Information / Ofsted Reports.
Log in

St Mary's in the News

Children from Eccleston St Mary's, recently 'released their inner wizard' at Eccleston Library, making these fantastic wands! It sounded like lots of fun! 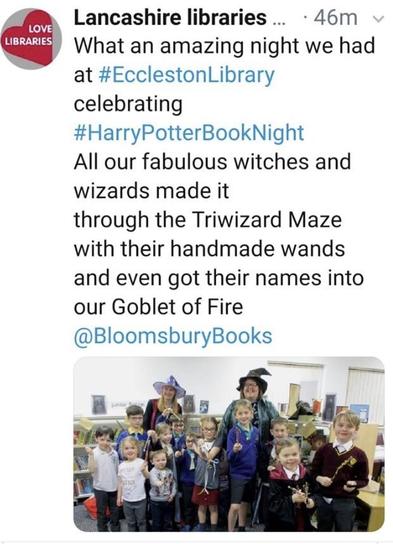 This photograph of Mrs Jones and pupils from Y5 featured in the Lancashire Post after they took part in the Pretty Muddy Run at Moor Park in Preston on 15th June. They were raising money for Cancer Research. Well done to all of you. The picture must have been taken before you started as you were all 'pretty muddy' by the end!

Ready for the off!

Did you see our mention in Eccleston Village Today?

Maybe you heard us on Chorley FM?

The whole school were recorded singing by Chorley FM on Friday 7th December for a broadcast on 16th December.The songs we chose were 'Flicker, Flicker' from the Infant Nativity; 'My King' from the Junior Show and - everyone's favourite - 'This Christmas Time.'  A number of schools in the local area took part in the broadcast but there can't have been many who sang with the heart, enthusiasm and joy of the children at St. Mary's!

Did you see us in the Lancashire Evening Post?